I have a saying I like to use often in life. Life has so many things that you may never know about unless somebody tells you about them, and I enjoy being that guy. I want to do this more, but it has a bit of a mental block in my head because so many content providers have started posting TikTok or other platform versions of short websites you didn’t know about. Some are so awesome, I’ll use one of the rare expletives and say some are fucking awesome. This post doesn’t include those. This post includes a few neat plugins I use when developing websites. So if you’re not a website developer using WordPress with a fondness for meth-smoking videos, this probably isn’t for you. I love a good narrow market.

This might already be fairy well known because it’s been around for a while. Instead of adding a lot of the exact same modules 40 other “booster” or “enhancer” type plugins offer, this one is subtle. You might think you can get away without it but there re quite a few settings adjustments it offers for page positioning, I have come to rely on it for every DIVI install. The best part is, he created some other lesser known tools that are equally awesome.

Shortcodes are a helpful way to re-use the same complex code in your website just by using a key phrase surrounded by square brackets. It is used by everybody and now you can even use shortcodes to put entire DIVI modules just about anyway… but not quite everywhere. This plugin takes that power and magnifies it beyond it’s intended limits. It lets you put shortcodes in may places you can’t, and often probably shouldn’t… but when you need it, it’s a tool you’ll thank me for being the one to tell you about it.

Today I will be testing it with Buddypress and two other plugins that generate their own page content that fails in DIVI. I feel lucky.

A plugin you would to have known about, so I’m telling you. Actually, I’ll let the author tell you about it:

I often need to add screenshots and other images as image modules in a Divi Builder layout. I found the process of saving the image and then uploading it into WordPress / Divi to be unnecessarily time consuming, so I create the Divi Copy & Paste plugin to streamline the process.

This saves me a LOT of fiddling time, especially when I want to insert Bitmoji images from the Chrome extension into WordPress as my featured images.

Three plugins by Dan I don’t use on every site, but when you need them, you’re glad they exist. 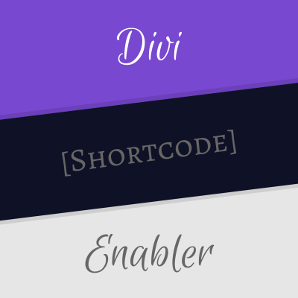